Modular Systems Printing was founded by 16-year-old Eugene Montanez in 1972, in his mother’s garage on Dogwood Circle. With a small printing press, large paper cutter and darkroom consisting of a bedroom/bath combination, a printing empire was founded.

Corona Offset Creative Printing was created in 1976 when the business moved to its first retail location at the corner of 5th & Ramona, then into the back of the drive-thru dairy at 1541 West Sixth Street in 1978 and to 1441 Pomona Road, Suite 18 from 1979 through 1981.

Zap Instant Print came about in 1979, and two “copy shop” satellites were opened: Southwest Plaza at Second & Hamner in Norco and 1307 West Sixth Street, Suite 127 in Corona. Quick printing technology brought a wave of growth in the industry, largely driven by desktop publishing in the 1980s, and business flourished. The shop was enlarged and remodeled, and the three locations combined to become Zap Printing & Graphics in 1981.

Corona Printing, a long-time competitor and historic Corona business entity, Corona Printing closed in 2000. Zap Printing & Graphics acquired the name and customer list. In order to maintain continuity, both names were used concurrently for several years. From 1993-2005 the business was located at 210 North Smith Street.

Allegra Marketing Print and Mail came about in 2005. In October 2005, Zap Printing & Graphics moved into their new building at 127 Radio Road. Constantly changing technology, along with growth and evolution from traditional printer to a marketing services provider has fueled a decision to join the Allegra brand. The business is now poised to provide a full array of graphic communication services, supported by traditional and digital printing and creative graphic design.

Image360 came to fruition in 2016, as the signage, printing, and graphics portion of the company grew even further. Image360 - Corona is uniquely equipped and partnered in a way to always be cost-competitive and quickly responsive. 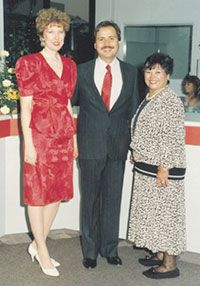